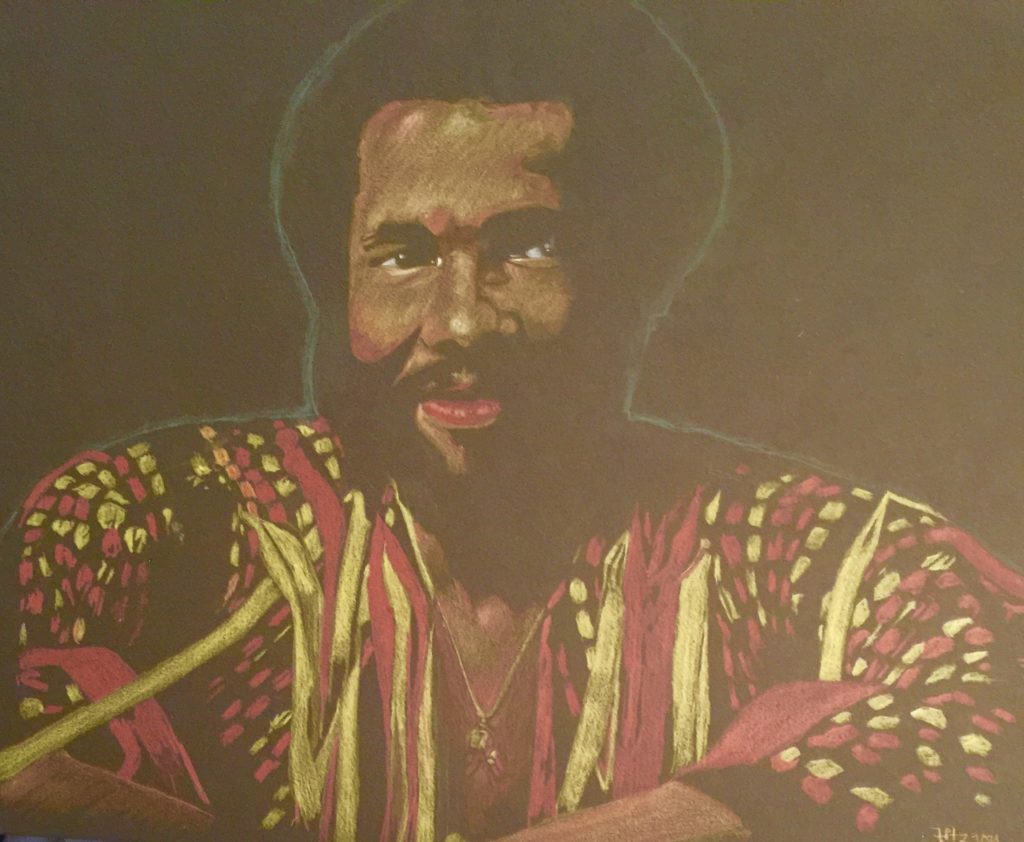 Greetings to you on this Flashback Friday. After having to put the magazine on hold due to the current pandemic situation and recent conversations with a few encouraging friends and fellow soul survivors, I’ve decided to use some of my musical experiences, articulacy and creative gifts and remain active, and create a new weekly Blog ‘Friday’s Fitztory’ to ‘Spread Love’ like Al Hudson & The Soul Partners. I’ve been fortunate to have deejayed for (and in many cases later) interviewed various iconic artists over the last 27 years. One of them is the man I call ‘Mr Vibes’ aka Roy Ayers. When the Jazz Cafe in Camden, London (circa 1993 onwards) started to host some of the musical messengers who shaped my musical mind, I was a resident deejay and often did many, if not all, of the multiple dates for the artists who performed. After the show I would go upstairs with my albums to get them signed and chat with the artists.

I remember meeting Roy Ayers’ then manager Dennis Armstead an old school American gent, who would greet me warmly and make sure I got to speak with Roy. I remember when I showed Roy my ‘He’s Coming’ and ‘Virgo Red’ albums. He would point out who was who, and who he sacked because they were indulging in drugs. At the time, I never thought of having ‘Candid Camera’ moments with him or any of the many artists, I was just happy to be in their presence, listen to stories and get my albums autographed. If I’d have had a Mystic Meg crystal ball and have known that in the next millennium I’d co-found The Soul Survivors Magazine, those experiences would have been priceless material. Fast forward like a TDK C90 tape, I did manage to interview Roy Ayers for our December 2013 – January 2014 edition and here is an extract which relates to a track from this Blue Peter front cover drawing I did earlier in the week. Read and enjoy. Fitzroy

TSSM: “I have 4 versions of ‘Sweet Tears’, one from David Fathead Newman’s ‘Newmanism’, one from ‘Let’s Do It’ 1978, the Nu Yorican Soul version from 1997 (with Louie Vega) and the first I believe was from ‘He’s Coming.’ I remember deejaying at one of your Jazz Cafe dates and you saying it was inspired by your Mother, how so?”

Roy Ayers: “Yeah it was inspired by my Mother and my Son whom I was leaving behind to travel on the road. Even though my Son stayed with my ex-wife, whose now deceased, he’d often stay with my Mother also. It was a heavy period for me so the words say “Baby though I’m leaving don’t you cry, I’m the one whose grieving, you know why, love is like the wild bird you can’t tie free to stay forever or to fly, though my heart will always stay, gotta make my getaway.” My getaway was to go on the road to entertain people. Wow, you’ve got a good memory to remember that.”

If you’d like to order the issue this came from to read the full interview then go to: https://www.thesoulsurvivorsmagazine.co.uk/…/issue-51-dece…/