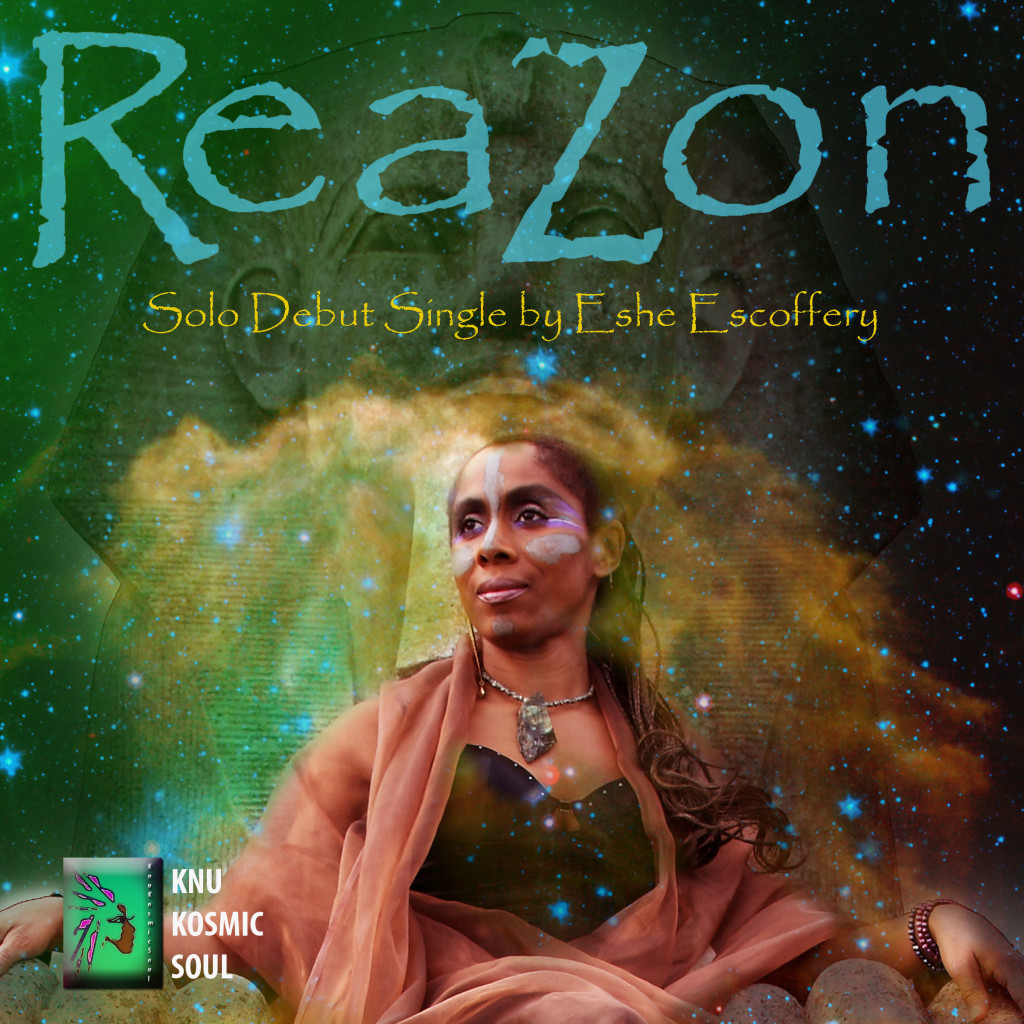 Eshe one of the gospel singing sisters family group The Escoffrey’s who sang “Look Whose Loving Me” on Atlantic, is sounding exceptionally good on her forthcoming debut solo single “Reazon”. She has for over 2 decades hiding in the background but comes to the forefront for 2016. It’s a mixture of world music African rhythms, ambient yet subtle drum and bass with a touch of spiritual soul. Eshe’s esoteric vocals and mystical vibes go on an inspiring rampage altering her octaves throughout the compositions 5 minutes of enjoyment. “Reazon” was released 19th December 2015 on Rebeat and is digitally distributed worldwide via iTunes, Amazon and Emusic. It’s producer is Phil Walters aka Simon Templa who‘ll be responsible for the forthcoming soul version to appear on Eshe’s forthcoming EP “Life Live Be Here”. Bringing her music to the masses with the force of mother nature and the universal language of soul sonic vibrations, Eshe gives you a “Reazon” to tap into that realm.