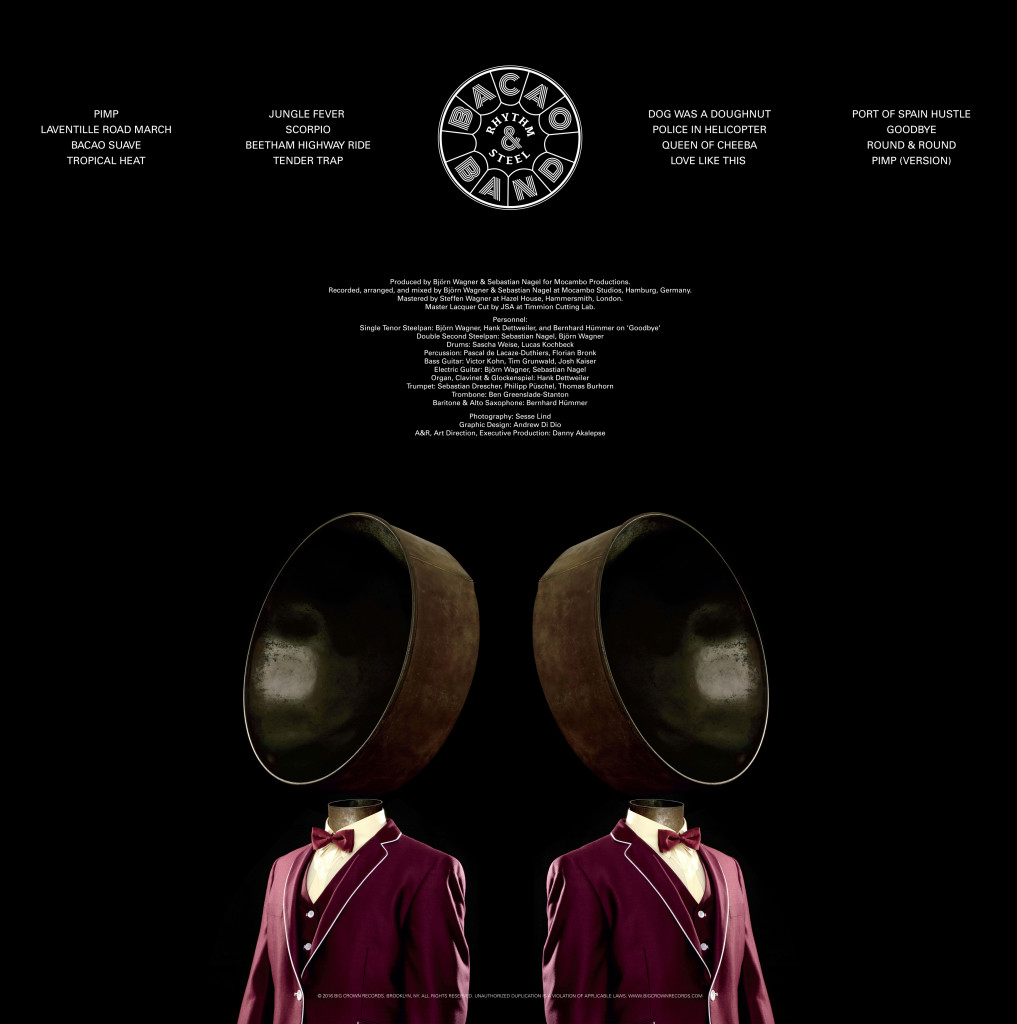 This is one of those random guilty pleasures that arrives from somewhere in the outer hemisphere.Multi instrumentalist from Germany Bjorn Wagner founder of the Mighty Mocambos was inspired from a visit to Trinidad and Tobago with the steel pans. So with crisp hip-hop drum break beats amongst the 16 cuts, are several classic hip-hop funk RNB, reggae and electro covers. These including 50 Cent’s “Pimp”, The Chakackas “Jungle Fever”, Dennis Coffeys’ “Scorpio”, Faith Evan’s “Love Like This” and Cat Stevens’s fabulous “Was Dog A Doughnut”, John Holts “Police In a Helicopter” and Hi Tek “Round & Round”. He manages to capture the 70’s feeling with “Port Of Spain Hustle” and “Goodbye Feeling” and retain some melodiousness on “14 Laventille Road March”. If your looking for something different of the version excursion kind, you need look no further than this.